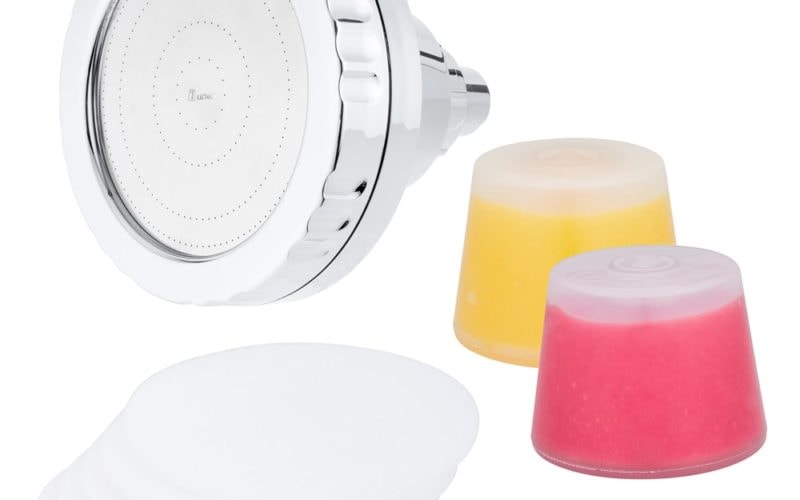 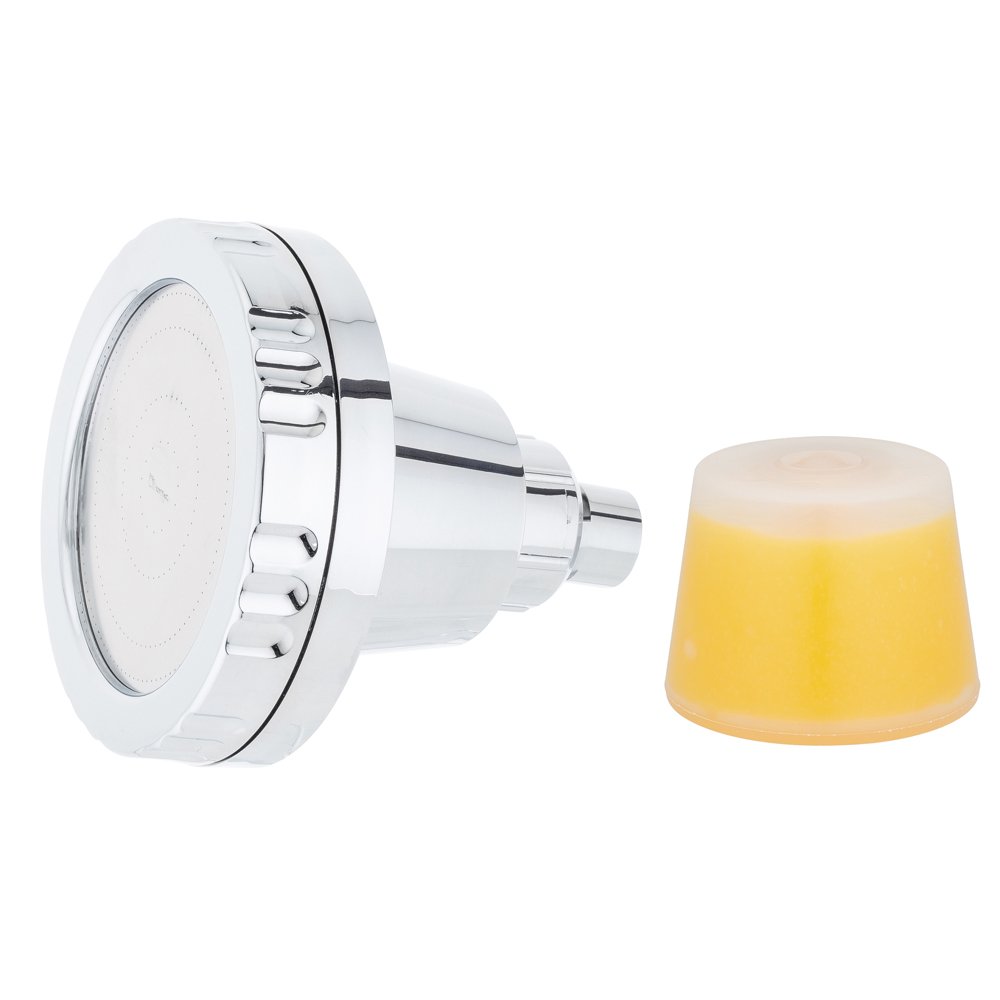 If you are a shower kind of girl (ahem, moms who don’t have time for long baths!), this Aroma Sense Vitamin C Shower Head is all you need to make your 10 minute showers feel like a little piece of heaven.

If you get more than 10 minute showers on a regular basis… well, first of all, I envy you. Second, this shower head will make your long showers that much better.
It’s kind of like when you take a bath, light the candles and throw a bath bomb in there- but in the shower. I never really knew that was possible until I found this shower head, and I thank God I did.

===> In a hurry? Get your shower head by clicking here!

What is the Aroma Sense Vitamin C Shower Head? 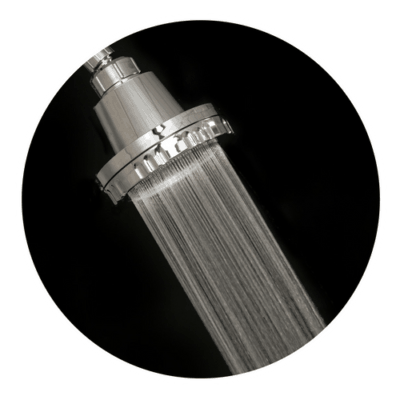 It’s basically a genius shower head that you can either purchase as a wall mount or as a handheld shower head (I, personally, have the wall mount). Here are some of the benefits: 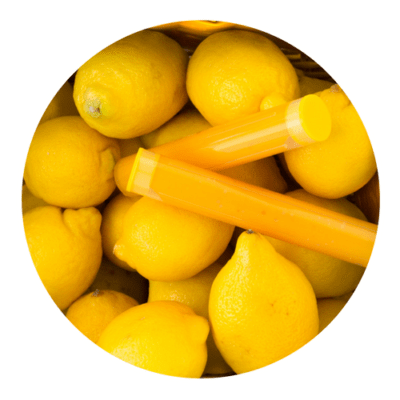 Right when you open the box you can tell it’s a high quality, gorgeous shower head. It has a very updated and modern look that will make any bathroom look upgraded. It really is the little things that make a difference!

I’m not much of a handy man, but I was able to easily install this shower head while 6 months pregnant. Yeah, it’s that simple.

The first time I showered with it, I immediately noticed how great the shower pressure was. It seriously feels like a shower at a luxury hotel. It was one of those things I didn’t even realize I was missing until I had it, now there’s no going back.

It really does take some time to get to know a product, so there was no way I would leave you with just a first impression. Here are some things (good & bad) that I noticed after a few weeks:

I suffer from dry skin and, as I mentioned before, I like to throw coconut oil in to my baths– but that’s just not possible with showers (which I take more of now). Luckily, after about 1 week of using this shower head, I noticed my skin was much softer even without all of the coconut oil. That was a huge win for me and will continue to be now that winter is coming *insert Game of Thrones theme song.*

I started losing hair after I gave birth to my son… and it just never stopped. I’ve always taken multi-vitamins, so I know that’s not the issue. Anyway, I have less hair loss after using this for about 2-3 weeks- but I do still have some hair loss.

I really can’t say if it’s the prenatal vitamins or the shower doing this, though. Maybe it’s both!

The one and only negative about this shower head is that it takes a while for the scent of the cartridge to kick in… and I’m pretty impatient. For the first few weeks I didn’t even think it was working, to be honest. But then after a few weeks I started to see the benefits like soft skin and less hair loss. I was satisfied with those on top of the water pressure, but the scent FINALLY kicked in and now I’m really happy with it.

The scent really those make your shower very relaxing. Funny because I never thought of the shower as a relaxing place, it was more like my only choice to get clean in 10 minutes before the baby woke up. However, this really does make it so much more enjoyable.

I only have the lemon scent, but they do sell other scents like mango, jasmine and lavender as well.

You can check out the other scents by clicking here.

I know your main question probably is: “is it worth the cost?” I’d say for sure.

First of all, that’s what you’re going to have to pay to get a regular shower head with good pressure anyway. So you might as well get one that has all of these extra benefits.

If you want softer skin, nicer hair and a spa-like shower, then you need to get this.

It even makes a great gift for anyone that is stressed out or doesn’t get much me-time. 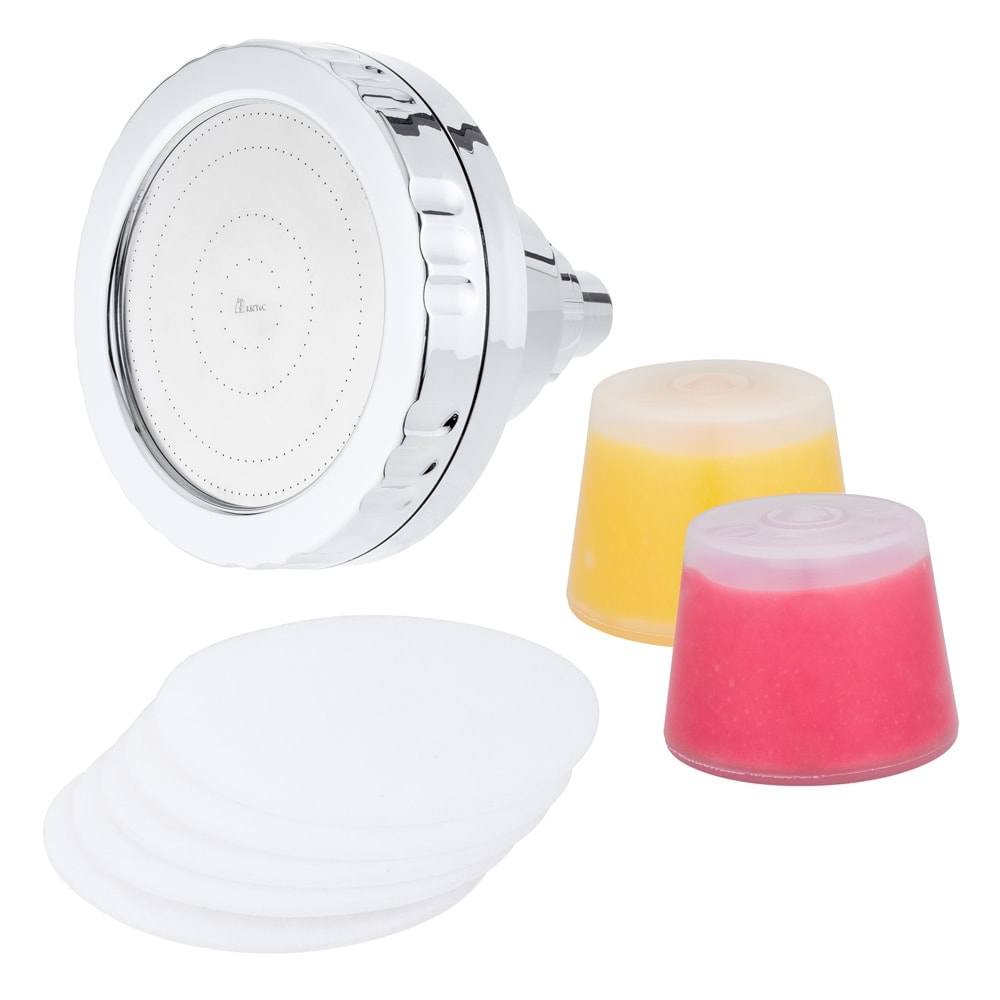 If you’d still like to read some more about the shower head and what other people think, here are some more reviews for you to check out:

Disclosure: This product was given to me in exchange for my honest review.