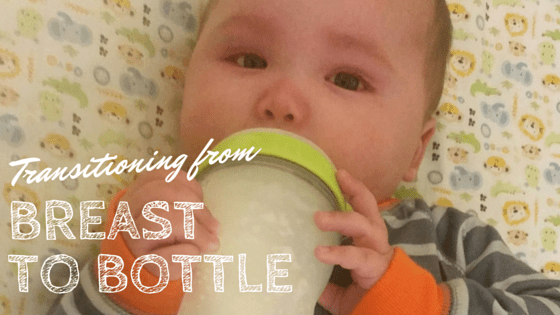 When I was pregnant with my son I was gung-ho about breastfeeding. I just knew that was what I had to do for at least a year… because, you know, that’s what people tell you to do. Then, 6 weeks post partum, I was diagnosed with post partum depression, put on Zoloft, was struggling with breastfeeding, in constant pain and felt like I would pass out from pure exhaustion. My son was a comfort and sleepy eater, so he wanted to be on my boobs all day. He would fall asleep on my boob before he was done eating and then when I would try to put him down he would wake up screaming because he was still hungry. This was a constant cycle, 24/7.

It was rough because at some point you have to get back to your life and cannot just sit around all day, especially if you have to go back to work. So I made the decision to exclusively pump. I thought this was the easy way out, but it wasn’t! My son would not take any nipple other than my own.

I was so down and had no idea what to do. One day while I was on Amazon researching bottle warmers, I kept seeing the brand “Comotomo” come up. At first I ignored it, and then curiosity got the best of me. So, of course, I Amazoned it. It immediately had my attention because it had 4.5 stars and just looked gorgeous. I ordered a pack of two and got them two days later. I boiled them and they were ready to use. 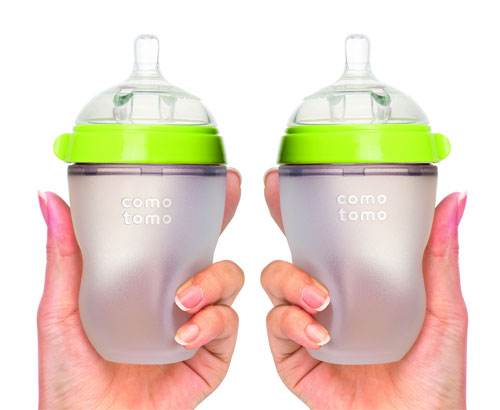 My son LOVED them!! I couldn’t believe it! I was relieved and shocked at the same time. This was the first bottle he took without a fuss. Comotomo bottles pretty much mimic the breast, from the nipple to the material of the body (silicone, which is the material most like skin). It’s also very squishy and easy for them to grip. My son started using this bottle at 3 months, and at 5 months he was already holding it himself! So I went and bought three more packs… because you can never have too much of a good thing! 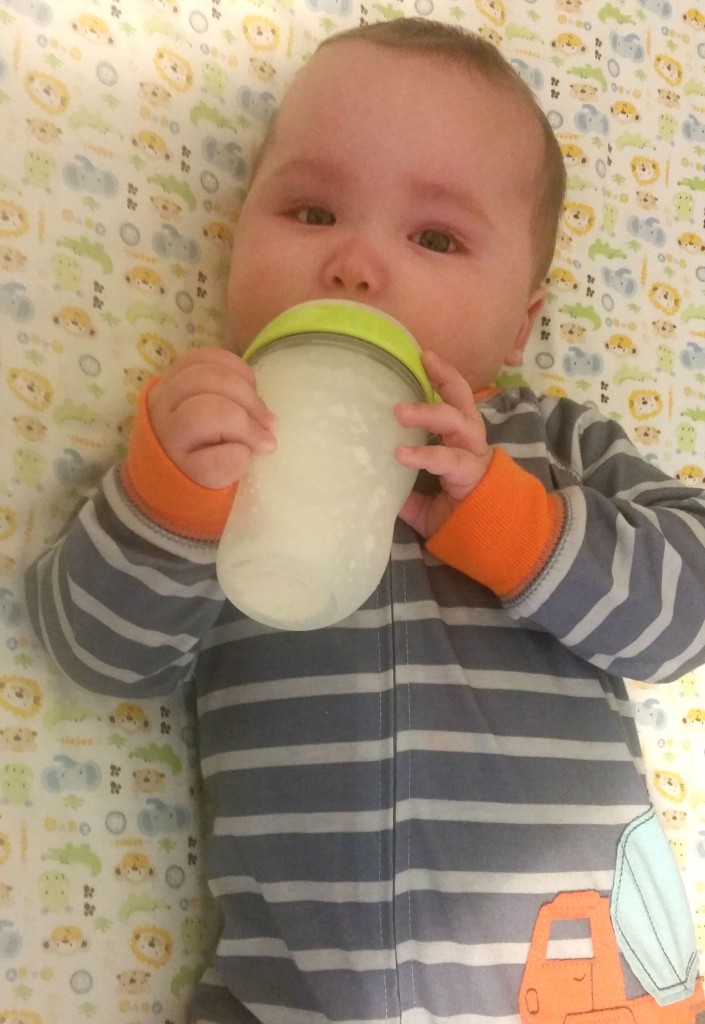 I don’t know the science behind these bottles, but I find that no air gets in them. Therefore, my sons fussing stopped within a few days of starting these bottles. My husband could finally help with feeding the baby and I could actually get some rest! And, I mean, look at these things… they really do look and feel a lot like breasts! 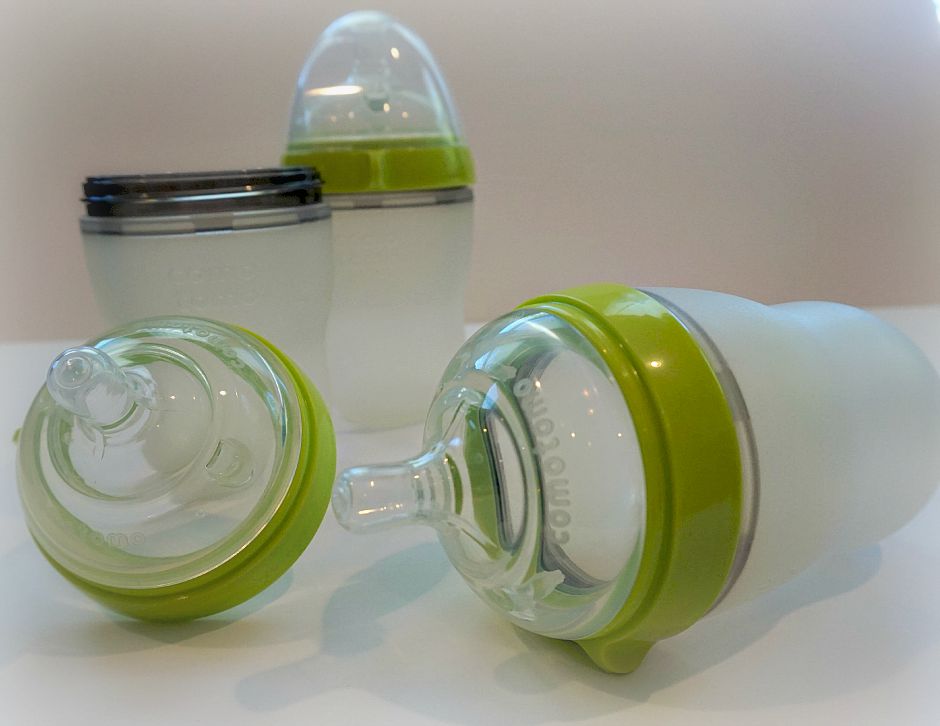 You will notice that they do cost a bit more than other bottles, which was the only thing that made me question whether or not I should purchase them. But, at the end of the day, they were well worth it. When you receive them you can immediately tell that they are amazing quality. They are also super easy to clean because they have such a wide neck. They do not require a special brush, you can use any regular sponge or throw them in the dishwasher. Most importantly, my son was eating well and gaining weight the way he should and I was finally getting some much needed rest. Soon after we transitioned to bottles, I was able to stop taking Zoloft and my post-partum depression was gone! Therefore, I just considered them an investment… all 8 of them! 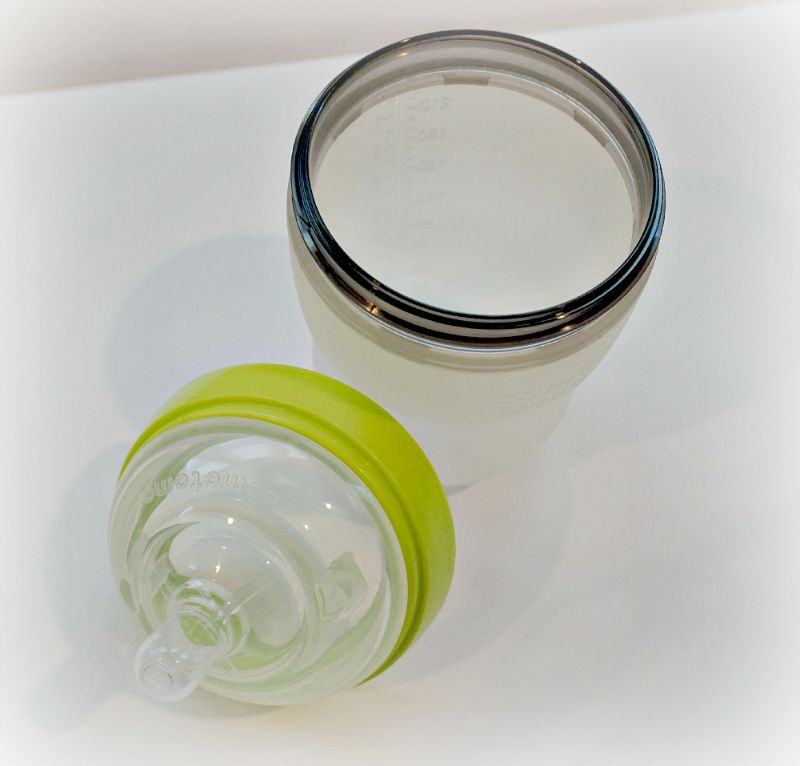 *FYI: The cheapest place I have found them is on Amazon. Other stores like Babies R Us and Target seem to sell out all the time. They do have very wide necks and are extremely easy to clean, so you really don’t need that many- I’m just lazy and would rather wash my bottles once a day.* 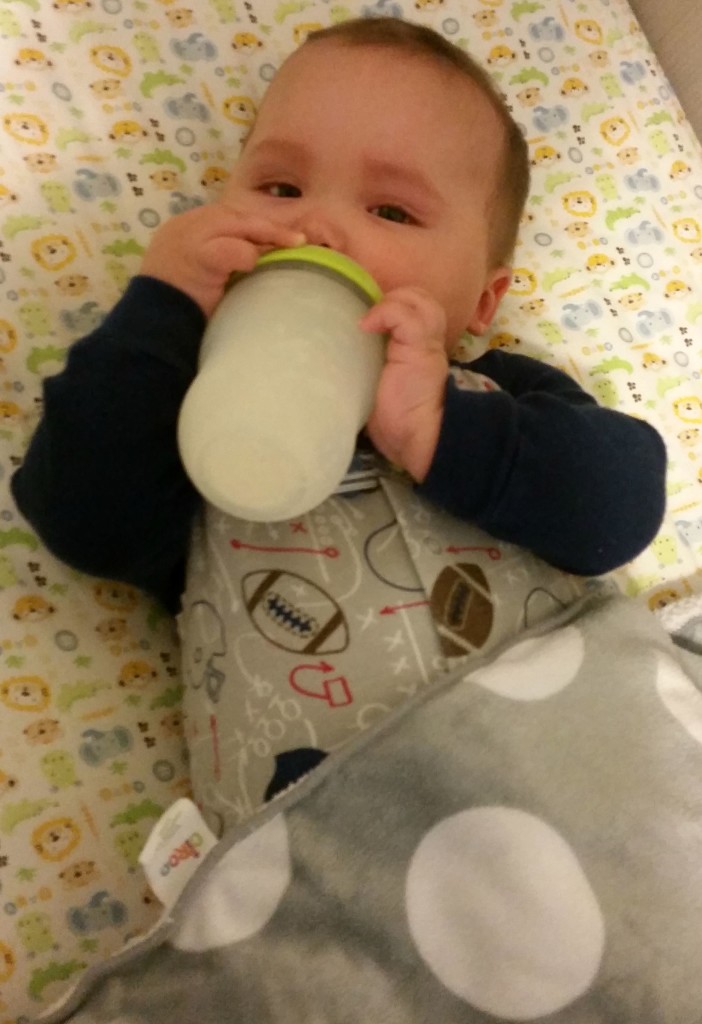 These bottles saved my sanity and I swear they are not paying me to say this! All opinions are my own and I purchased these bottles myself. Comotomo is, however, being kind enough to sponsor a giveaway for you all! One lucky winner will get a pack of 2 Comotomo bottles and a Comotomo teether (which we also love!). You can enter on Facebook, Instagram or Twitter (or all three for multiple entries!). Just click on the social media links to find the giveaway posts. Good luck!

Here are some tips for transitioning from breast to bottle:
1) Invest in a good bottle that your baby loves.

2) Find a helper to feed the baby and leave the room when they do. Your little one might not want to be fed by anyone but you and it will take some time for them to get used to being fed by someone else. If you’re in the room, they’re going to want you.

3) Try holding the baby in a different way than you do when you breastfeed or they will keep trying to go to your breast, as they are used to.

4) Express some breast milk on to the nipple so that they get a taste right away and know there is milk in the bottle.

5) Transition slowly. Start with one bottle a day, then two, then three and so on.

What have been some life savers for you when transitioning from breast to bottle?